Order online your favorite Four Pillars Bloody Shiraz Gin 700ml in Nairobi at wholesale price and get it delivered to your doorstep within minutes. Four Pillars Bloody Shiraz 700ml Gin price in Kenya is Ksh. 4,800 only. It contains 37.8% ABV (alcohol by volume). Victorian Shiraz fruit is steeped in high-proof gin for eight weeks before pressing. The colour remains a deep, rich purple. Aromatically it shows fresh pine needles, citrus and spice, and distinct peppery, dense raspberry notes. The palate is lovely and sweet with a long juniper and spice character on the finish.

Add to wishlist
Category: Gin Tags: Four Pillars, Gin Drinks in Kenya, Gin Wholesale in Nairobi
Order your Four Pillars Bloody Shiraz Gin 700ml from Liquor Square today. From its dark purple colour to its natural grape sweetness, Bloody Shiraz Gin is a revelation. Ever since its first vintage release, this experiment that worked has been a happy shock to the senses for all who try it. Take a sip and you’ll taste citrus and spice with the perfect balance of sweet fruit and ginny goodness. We were inspired by the bloody extraordinary purple gin juice. The design is a love letter to the liquid moving and flowing inside a bloody delicious gin drink. 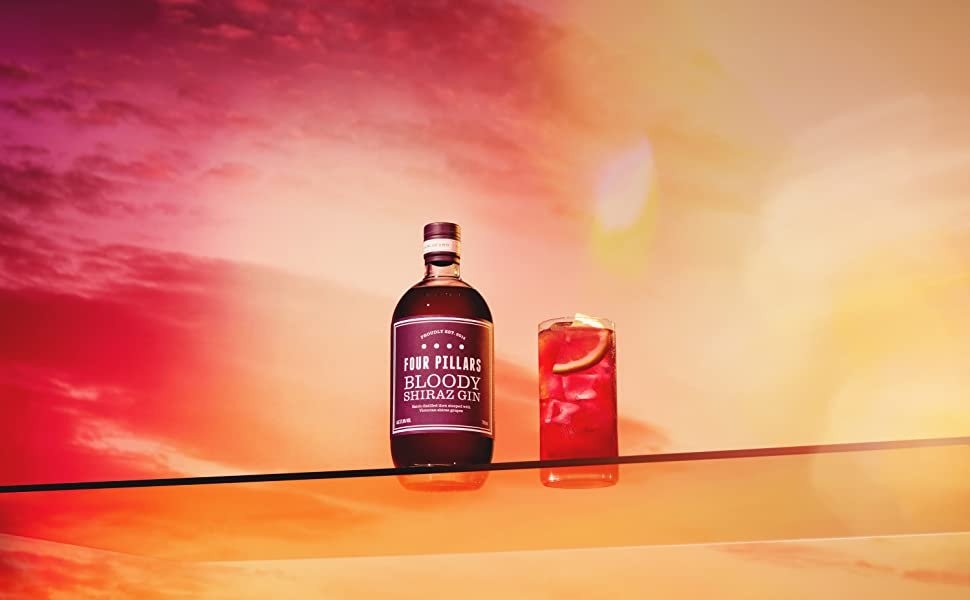 Our journey to becoming an award-winning gin distillery began when we took delivery of our first custom-built still made by Carl of Germany. It all started back in 2013 with three mates and one extraordinary copper still. We called her Wilma (after Cameron’s beautiful late mother), and she has since been joined by Jude, Eileen, Beth and Coral. Six years later, in 2019, Four Pillars Gin was named the world’s leading gin producer by the IWSC in London. We won again in 2020, making Australia’s favourite gin officially the world’s best.
At Liquor Square Limited, we also have amazing drinks from the same brand such as Four Pillars Spiced Negroni, Four Pillars Rare Dry Gin, Four Pillars Olive Leaf Gin, Four Pillars Bloody Shiraz Gin, and Four Pillars Navy Strength Gin. Call us or WhatsApp us on 0712 545 454 or 0701 858 585 to get the best deals on drinks in Nairobi. We offer reliable online Gin delivery.
Be the first to review “Four Pillars Bloody Shiraz Gin 700ml” Cancel reply